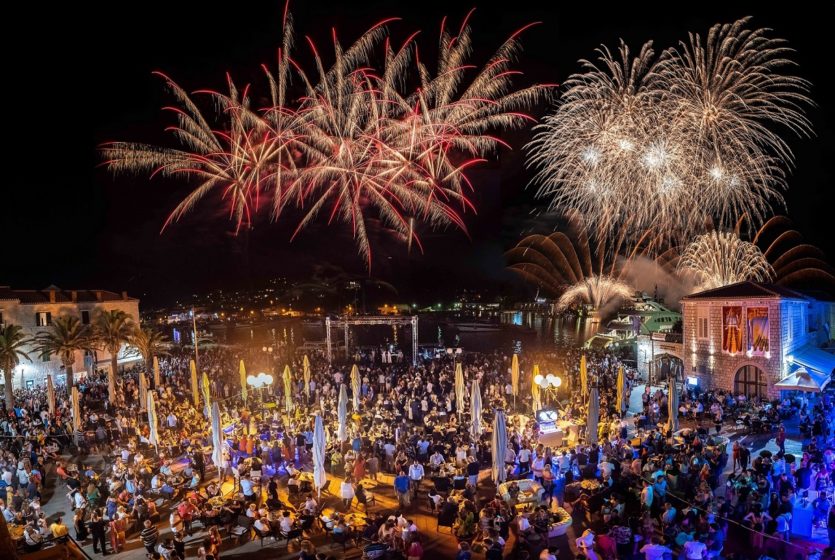 The first and largest medieval summer fair in Croatia, Rabska fjera is based on a tradition started 21st of July 1364, when the City Council of Rab decided to celebrate and honor King Louis the Great who freed them from the Venetian rule, as well as a holiday honoring St. Christophor, patron saint of the town of Rab. Fjera used to last for 14 days to celebrate and praise the saint’s powers that supposedly saved the town from destruction.

The entire island goes back in time during those days. Small artisan stores move to the streets, so you can have your belt or a perfumed pomade made in front of your eyes, while your hair is being braided with tiny flowers into a typical do from the medieval times. Freshly fried šulčići are served and at the beach, an entire fishermen village is built altogether with the traditional tools, machines and even toys for children. Air is filled with the song and music, while tuna, fritule, cheese, and wine are served to passers-by.