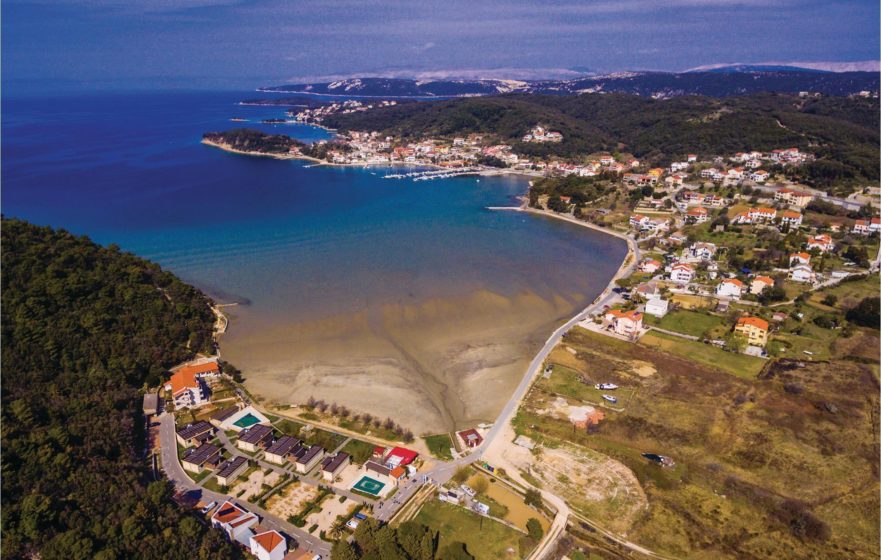 The place of Kampor is situated in the north-western part of the island of Rab, on the coast of the wide Kampor cove (Kamporska Draga). The Roman name originates from the word campus (field). The current population is near 1,500.

Kampor is rich with forests and many sandy, pebble and rocky beaches and bays. The island of Rab has many beaches. One of larger is sandy beach “Veliki Mel” in Kampor, that lays 200m from our house. There is also one of the most popular FKK beaches in the region named “Kandalora” or “The English beach” as English king Eduard VIII bathed there in 1936.

The green environment – the vicinity of the Kalifront peninsula with the well-preserved Dundo Forest – provides a nice scenery for long walks, and the nearby tourist resorts Suha Punta and Rab offer entertainment in the evening.

Amenities include restaurants, tennis, beach volleyball and basketball courts, boat excursions, and a diving center. Tourists also have the opportunity to rent small boats, bikes, and mopeds. Arts lovers may be interested in a museum that is part of St. Eufemia’s monastery and the World War 2 memorial cemetery.