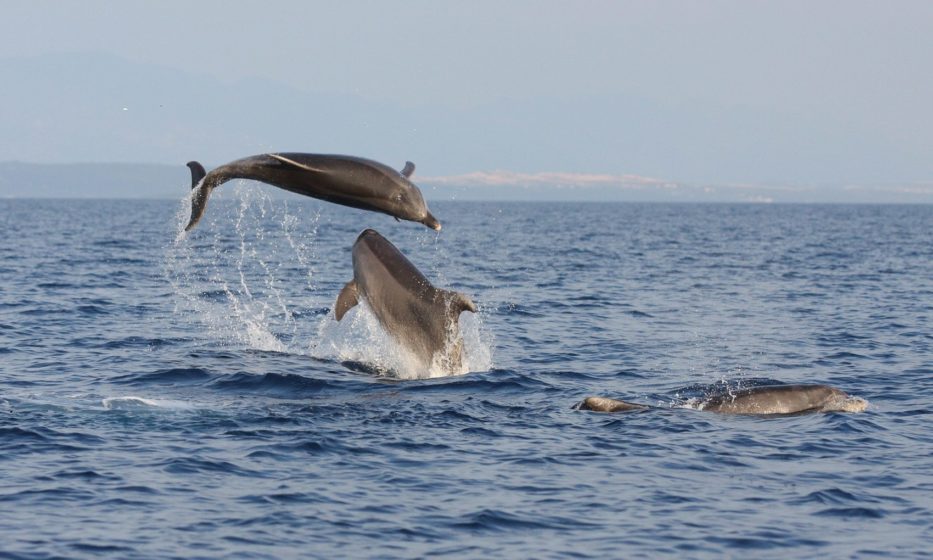 The Blue World Institute’s “Adopt a dolphin” is a platform to sustain the Adriatic Dolphin Project, the longest-running conservation research project in our region. Your generous support allows us to maintain our research and conservation activities for bottlenose dolphins – and other dolphin species – and to increase public awareness at local and national levels. It also supports the Dolphin Day, educational programs, and promoting overall protection of the Adriatic marine environment.
https://www.blue-world.org/get-involved/adopt-a-dolphin/

The Adriatic Dolphin Project is the longest ongoing study of a single resident bottlenose dolphin community in the Mediterranean Sea that started in 1987. The aim of this project is to research the population ecology and conservation biology of bottlenose dolphins and other Cetacean species in the Adriatic Sea using genetics, population, and habitat modeling and disturbance factors. Since the outset, the project has been an example of best practice in the successful integration of scientific research with practical conservation resulting in the declaration of six Natura 2000 sites for bottlenose dolphins. The science undertaken by the Adriatic Dolphin Project aims to provide information to the public and relevant authorities and promote the protection of the dolphins and their habitat.

Bottlenose dolphins are protected under Croatian law and are placed in the National Red List, categorized as “Endangered”, but without evaluated trends. Their research and conservation have been listed as a priority in Croatian and European nature protection. As such, our research can aid in developing appropriate conservation strategies in the Adriatic Sea and help in the implementation of the Natura 2000 priority actions for marine biodiversity.

The common bottlenose dolphin (Tursiops truncatus) hereafter referred to as “the bottlenose dolphin” is possibly the best known and most widely distributed of all Delphinidae species. The basic biology of this species is well documented. It has a fusiform body shape (streamlined); body color varies from dark grey on the dorsal cape to pale grey on the side and white on the underside, which may have a pinkish glow when the summer water temperature is high. The bottlenose dolphin measures between 1.9 m to 4 m when an adult and weighs anything from 100 kg to 500 kg. In the Adriatic, animals usually reach up to 3 m in length and weigh about 200 kg. Dolphins must surface every few minutes to breathe. The single blowhole is located on the dorsal surface of the head and is covered by a muscular flap that provides an airtight seal when diving. Bottlenose dolphins remain submerged for 4 – 7 minutes when foraging for fish. Bottlenose dolphins feed mostly on benthic fish and small squids and therefore are often in direct competition with fishermen. They are famous for their curiosity and this makes them prone to entanglement, particularly in gillnets, which in turn is a major form of premature death for the species. Although there is no current worldwide estimation of their population, based on the aerial surveys we carried out, their number in the Adriatic is estimated at around 10,000 individuals. Pollution, overfishing and habitat destruction reduces the numbers of these dolphins and confines them to limited habitats.

The Sea Turtle Rescue Centre was constructed as part of the ”Network for the Conservation of Cetaceans and Sea Turtles in the Adriatic (NETCET)” project funded by the European Union Instrument for Pre-Accession Assistance (IPA) Adriatic Cross-Border Cooperation (CBC) Programme. The centre is part of the network of rescue centres for conservation of sea turtles in the Adriatic Sea.

Sea turtles are an ancient group of animals, inhabiting Earth for millions of years. Today they face many threats that cause their numbers to decline. The loggerhead turtle inhabits the entire Adriatic Sea year-round. It nests on beaches in Greece, Turkey and Cyprus and the hatchlings reach the Adriatic Sea as they mature. In the northern Adriatic, they enter the benthic phase of their lifecycle when they feed on benthic crustaceans and mollusks. As the northern Adriatic is a shallow sea, it represents a key habitat for loggerhead turtles. Being cold-blooded animals, sea turtles spend the cold winter months ͚hibernating͛ on the bottom of the northern Adriatic Sea.